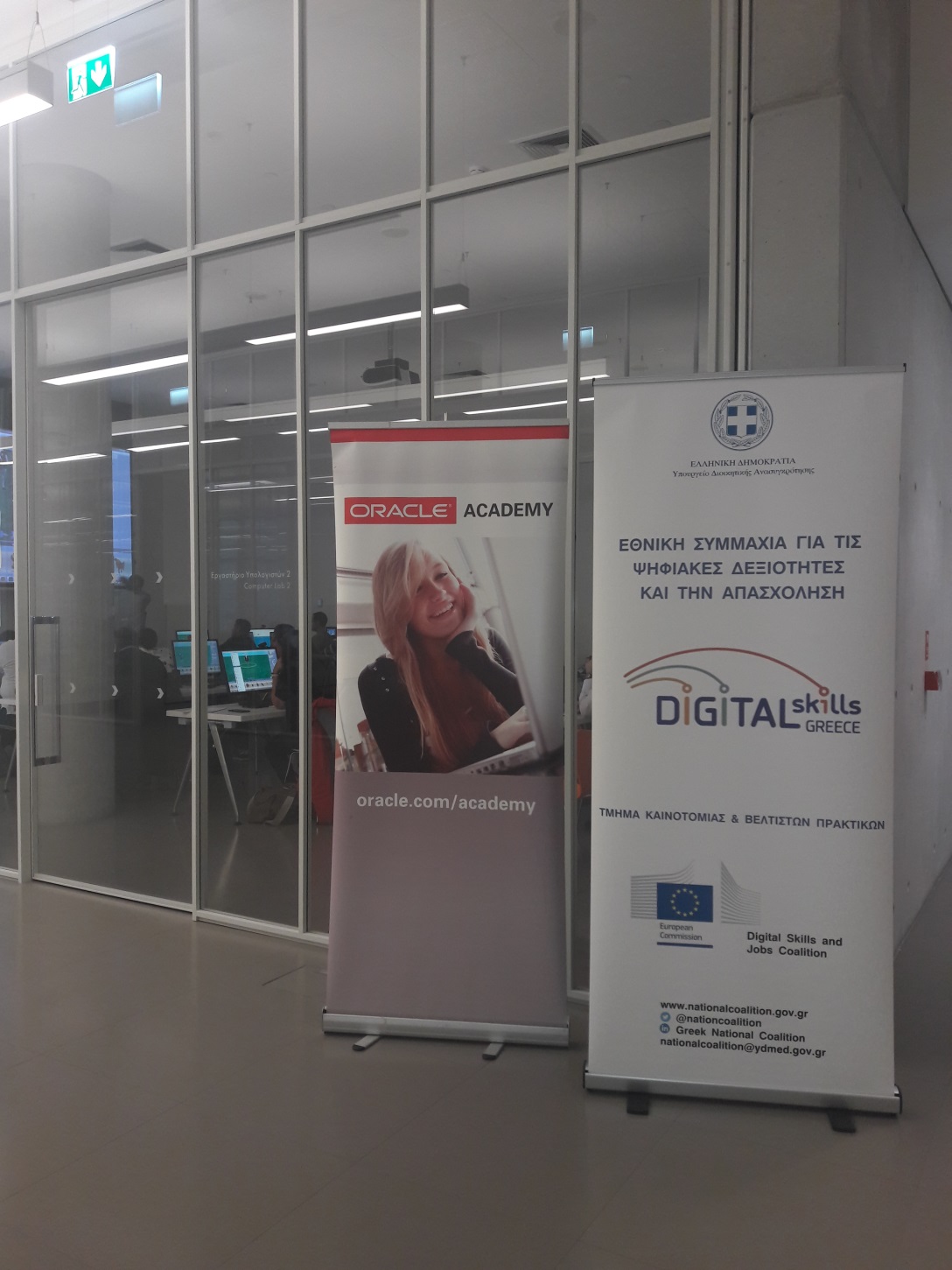 On September 29th, primary school teachers attended Getting Started with Java using Alice workshop on the premises of the National Library of Greece  (SNFCC). Attendants will participate in code week event “let’s code girls ’n’ boys!!!” on October 20th and 21st. The event is organised by the Greek National Coalition on Digital Skills and Jobs, with the contribution of two of its members, Oracle and Revive Greece. National Coalition on Digital Skills and Jobs is coordinated by the Ministry of Administrative Reconstruction and the operational coordination belongs to the realm of competences of the Unit of Innovation and Best Practices. EU code week has been organised every year since 2015, aiming at promoting coding and its usages at all levels to students. Unit of Innovation and Best Practices plans to participate in the EU code week with an event within the framework of National Coalition. The event entitled “Let’s code girls ‘n’ boys!!!” will be held on October 20th and 21st. The target group is primary school students of primary schools, mostly girls, from many areas of the country, from 8 to 11 years old. Children, divided in groups of 4 or 5 and supervised by ICT teachers, will spend a weekend creating a story according to coding steps

Within this framework, 21 ICT teachers out of 15 schools from the Region of Attica, Crete, Trikala, Nafpakto, Chalkida and Karpenisi attended a workshop on Alice 3, the programme that will be used by the students, under the guidance of a specialized instructor, Mr. Garry Miller, and created their own animations. Prior to the event, the participants registered the school they represent to the Oracle platform, thus having access to material for 3 years. Cookies are used by websites to make the user experience more effective.

Marketing cookies are used to track visitors to websites. The intention is to display ads that are relevant and engaging to users and therefore more valuable to third-party publishers and advertisers.